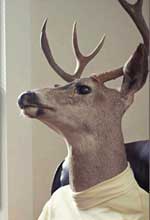 Michigan Wild Turkey Hunters Association will have a booth at this year’s Traverse City Hunting & Fishing Expo at the Civic Center in Traverse City, March 14-16, 2014. This is one of our favorite shows. Come on by and visit us to learn about what we’re...

MWTHA will have a booth at this year’s Lansing Deer & Turkey Expo. Come on out and visit our booth and meet Pere Marquette chapter president Jim Maturen and others, and see what we are up to in support of your wild turkeys this year. We will be selling our...

Join us as the Pere Marquette chapter of the MWTHA presents the 33rd Annual Wild Turkey Hunters Rendezvous & State Calling Championships. The event takes place in Baldwin, MI. This year’s event will be held on Saturday, March 29th, 2014.

The day’s events begin at 9 AM at the Baldwin High School (map) (doors open at 8 AM).

There will be vendor exhibits, door prizes, calling and hunting clinics, gun and silent raffles.  It’s a great place to see the latest technology related to turkey hunting, to stock up on the latest information, and to support our organization. The Michigan State Turkey Calling Championships for both seniors and juniors will conclude the events at the high school.

The 2014 North Central Chapter of the MWTHA banquet will be held earlier this year on March 1, 2014, and will have a new feel. There will be a live auction, kid’s game, women’s table, and two gun games. This year we will be giving away a total of 32 guns, there will not be a blue table or a red table. Instead those tables will be full of guns.

Dinner tickets will be the same as last year $50 per couple, $30 per single and $20 per child (children 14 and under). With purchase of a child’s ticket, they are entered for the kid’s game for free this year. 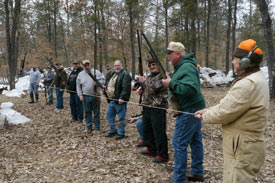 The 32nd Annual Wild Turkey Hunters Rendezvous and State Wild Turkey Calling contest was a bit hit! The day at Baldwin High School featured many wildlife vendors, a silent auction, tons of door prizes, a program including speakers from Senator Darwin Booher’s office and the DNR, calling and hunting classes, the State Wild Turkey calling contest. Then the event moved over to the Baldwin VFW for a turkey shoot, turkey supper, drawings for more door prizes, and of course the drawing for the statewide raffle to wrap up the day.

Read on to see all the winners and photos from the event!