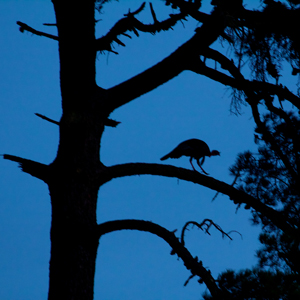 Turkey Tails: Did You Ever – How Hunting Evolved – So Long!

Did you ever wonder what to say when you were giving up a volunteer position? The MWTHA is a good organization but after 20 years of writing articles as Ole Sarg I am hanging up my pencil. My mind takes longer and longer to come up with ideas to write about, so this is the last article that I’m writing.

Turkey Tails: Did You Ever – How Hunting Evolved

Did you ever wonder how and why hunting evolved etc.? When hunting started it was for food and furs. They needed to eat and keep warm in the winters. Then the hunters were feeding the railroaders while the skins were shipped overseas to Europe. When you got a reputation as a good hunter people thought you were MACHO.

Turkey Tails: Did You Ever – The DNR

Did you ever wonder about our D.N.R? They are supposed to use Scientific Wild Life Management according to Proposal G passed in 1996. Look at how many times they have changed deer hunting regulations. Perhaps this time they may get it right especially if they would drop the Antler Point Restriction and let the hunter choose the type of buck they are looking for. The majority of hunters in nine counties were not contacted in the flawed surveys that they conducted, “ie” survey sent to a nonresident in Washington State.

Turkey Tails: Did You Ever – How does the DNR think?

Did you ever wonder how the DNR thinks? They make Rules and Regulations on wild whims and guessing. Adult Hunters have to count antler points to make sure we don’t shoot an illegal Buck. Last year I had a seven point buck go by me at 30 yards, but I couldn’t count the points as his ears covered the small rack.

Turkey Tails: Did You Ever – What Turkey Hunting is About

Did you ever wonder what turkey hunting is about? There are four main parts to turkey hunting, Scouting, Decoying, Calling and Shooting.

Scouting: Before your season you need to get out in the woods to look and listen for birds, where they roost and come from, where they are going to feed. While this sounds easy, you need to do this for a couple of weeks to get their pattern, also d on’t use turkey calls as this may make them call shy.