Our sad farewells are becoming too frequent. This time it is Don Ingle and his wife Jean. During the early morning hours of March 8, 2012 Don’s house in Baldwin caught fire and both he and Jean died in it.

Don was a prolific outdoors writer and a member of the Michigan Outdoor Writers Association. He received many awards and honors for his writing. Don wrote for a number of publications and each year Don made sure that the Turkey Hunters Rendezvous received a lot of publicity.

Did you ever make a simple or silly mistake, or forget something while going hunting, etc? Cleaning your gun, checking your shells, taking your license and wearing the right clothes? These things never happen to us, always to some one else. During the excitement of the hunt things can be overlooked.

When going turkey hunting it happened to me.

Thanks to Our Members

The following contains activity by both the Pere Marquette Chapter and the state chapter. The P.M. Chapter meeting was held on 12/22/12. A number of issues were discussed and resolved. Planning was done for the pending expos and the Rendezvous. Attended the MUCC District 13 meeting on 1/15/12 at Cadillac. Several issues of interest to us were discussed including an update on S.B. 412. 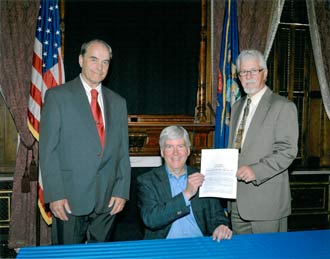